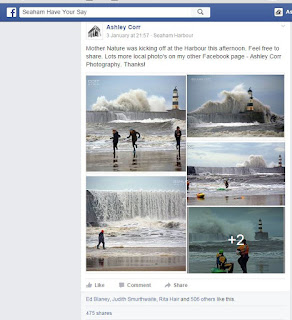 Welcome back to the Ashley Corr Photography blog page - a roaming Mackem in the North-East of England. Today's offering comes in the shape of 'Surfed Up a Treat (Part 2), the sequel to my recent blog entry which brought you all the action from Seaham Harbour, County Durham. The first instalment covered all the action on the day, so all that remains is for me to deliver the public reaction on social media to the set of photographs that I uploaded to Facebook. I actually thought twice before uploading any photographs at all, to be honest, as I didn't think the photographs were any better than my previous efforts on the coast in similar conditions. As 2016 was only a few days old I decided to post the photo's regardless, as it would have been my first post of the new year. As well as posting them on my own Facebook page, I also posted them to 'Seaham Have Your Say' and 'Let's Talk Photography North-East'. The reaction was quite overwhelming, with over 1,000 likes and many positive comments, so the decision to post them was in fact a wise one. 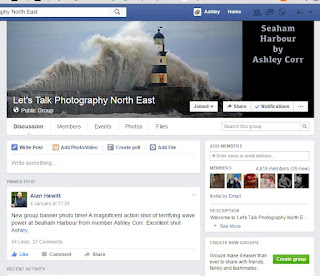 In addition to this, one of my shots was used as the banner image on 'Let's Talk Photography North-East', which came as a surprise and a nice one at that. The icing on the cake was the appearance of the same shot on Tyne-Tees Television the following day - not bad for one hours work on the coast. I'd like to thank everyone again for the great support on social media, which is building as each day passes. THANK YOU!

Two weeks later and I'm still receiving orders for photo prints and canvas, all featuring the Seaham Waves. It's all good stuff! Right now I'm suffering from a bad back after a recent fall down stairs at home. Haway...don't laugh! It feels like I've been kicked all owa off a horse. Oh aye, can barely move at times. Can't be on with this. Had an invite for a night trip to Glencoe, Scotland today, which I've had to back heel because of my gammy back. Typical eh. Oh well, no time to cry over spilled milk. Onwards and upwards. Hopefully it won't be too long before I'm brushing the cobwebs off my camera. Now, there's a first! 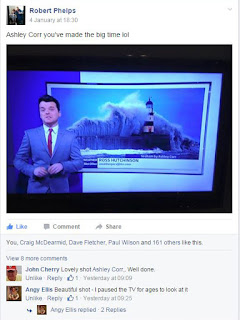 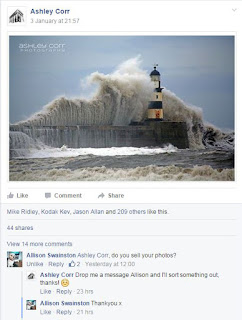 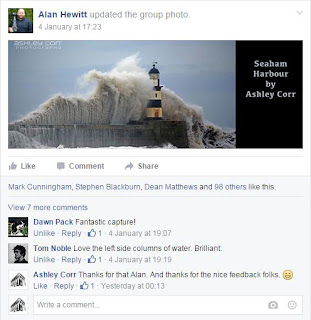 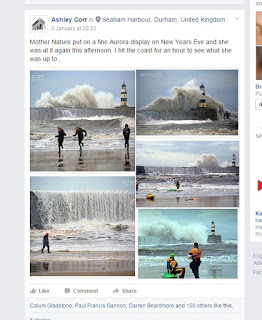 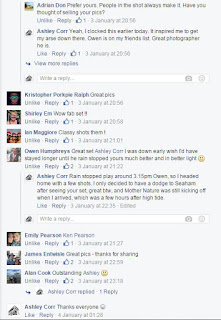