Hello again. It's been far too long... 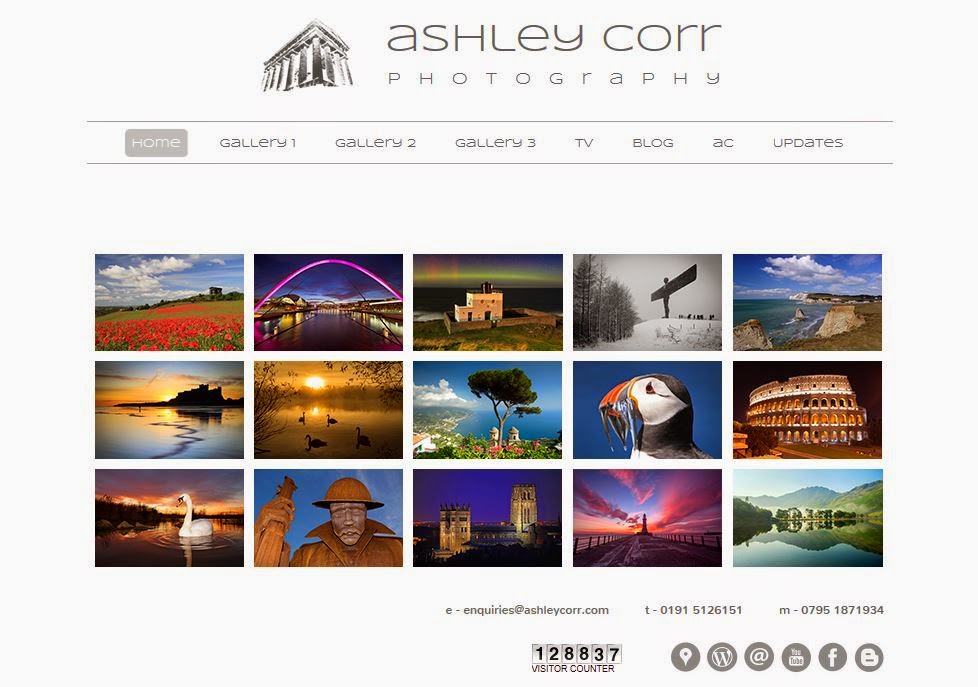 I'm glad to announce the reopening of ashleycorr.com after its temporary closure in mid January. I decided to strip the site back to its bare bones and rebuild it using HTML5, which supported web viewing on iPad & tablet, which the previous version did not. It was a laborious task to say the least, but the graft is now behind me and as of last night the site has no been declared open. In fact, since I reopened its doors just a few hours ago, the visitor counter has notched up an extra 70 hits, so I'm very pleased with that.

As for the new look website, I'm more than happy to reopen it as it is, even though there are a few half built pages that are currently hidden. Hopefully those will be completed and open during the next couple of weeks. They include new galleries such as Black & White, Seascapes 3, Astro Photography 2 and Published Work. I also have plans to add new video to the TV Channel, plus a free download page where visitors can help themselves to Wallpaper/Screensavers that features a selection of my work.

I would like to ad more pictures of myself to the profile (AC) page too. I had a handful of shots to choose from but wasn't too keen on them so I binned them off and settled for the one that is currently showing, even though you can't see much of my face. Maybe that's the better option, lol.

I'm looking forward to updating the site during the next few days and beyond. It's been a long time coming. Until then, keep watching this space. Cheers!