Back To The Farne Islands 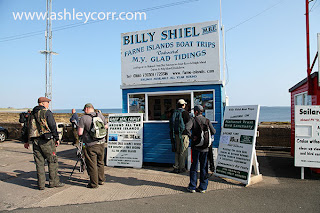 Following our recent and very enjoyable trip to the Farne Islands, me and the rookie photographer were at it again one month later. We purposely planned two visits to coincide with the 'Eggs' and 'Chicks' stage of the breeding season. In case you missed my earlier blog entry which covered our initial visit, click here. If that first visit was a memorable one, then we were treated to a lot more on our second trip, and the photo opportunities were endless, especially where Puffins were concerned, and after all, they were the main focus of today's trip. Yes, those Puffins are without doubt one of the most photogenic of all birdlife, and now that their eggs had hatched it was a case of grabbing those shots when the parents are actively to and fro, supplying their young with a diet of Sand Eels. I'd seen many photographs of Puffins with bills crammed full of eels, but never had I actually seen one in real time, until today. Considering the fact that there were thousands of burrows on Staple Island & Inner Farne, most of which contained a single puffling, the chances of me not pulling in some decent 'Eel' shots were almost nil, but some things are easier said than done, and although these birds are used to human visitors on the Farnes, they don't made the task any easier by keeping their distance. That's when the big lenses come to the party, and considering I was only carrying a modest 300mm Sigma telephoto, I was lagging behind some of the 'Big Hitters' who were flashing off their top of the range glass. But hey, someone once said it wasn't the size that mattered, but how you use it! 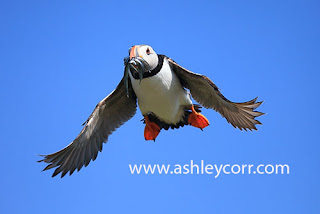 So it was different day, same script. The cruise past Inner Farne kicked off the bird watch, followed further travels which took in the Grey Seal colonies that were basking on the rocks at low tide. Cutting the chase, we soon landed on Staple Island, where a hive of activity awaited us. The Puffin count had rocketed since our first visit a few weeks back. Obviously the anonymity of many Puffins back then was due to the obvious fact that many were inside their burrows, incubating eggs. It was a much different story now though, as those eggs had hatched, leaving parent birds free to scan the North Sea for sand eels, before flying back to feed hungry mouths of chicks, deep in the burrows. There were thousands of Puffins in flight, but their speed of flight made them very difficult to track with the camera. Now this was a test! Lots to consider for someone who usually shoots landscapes and low-light stuff, so this was indeed a very different ball game. Many of the photographers around us were using tripods, which was definitely the way forward considering the size and weight of the kit they were running with on the day. Me, well, my modest 300mm lens needed no legs so I opted for hand-held shooting for the duration, hoping those mega fast shutter speeds would se me over the line. In comparison, I was the Conference footballer up against the Champions League money men, in equipment terms, but regardless,  I was confident I could land the shots I was hoping for, so my concentration from now on was purely blinkered in that direction. 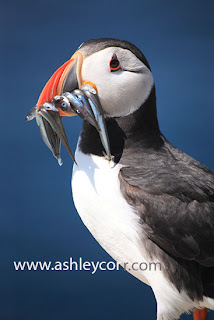 In all honesty, my first few shots were a complete bag of shite. No kidding. A few of them were just blue sky, nothing else. I had missed the flight of the Puffin completely, he he. I knew this wasn't gonna be an easy task, but sky shots are quite boring, especially when there's nowt else in the frame, so I had to get my shit together, very soon. Things did improve though. I actually caught a Puffin bang in the centre of frame, although it was just a small black dot when I reviewed it on my monitor. In fact, it could have been a Common Spuggie, you really couldn't tell the difference, it was that tiny. Sharp focus was also a big issue here, but then again, you aren't gonna pull in cracking shots every time, especially in this area of photography, which I'm a novice at. By this time, my son Chris was pulling in some great shots with my old Sony F828 Cybershot camera that I took along for him to use. Looks like I'm being outdone by a twelve year old, he he. He was concentrating on the nesting Shags and Guillemots, as well as the Kittiwakes on the rock faces in front of us, but my decision to photograph Puffins in flight was proving a task too far, up to this point. We took time out to grab a spot of lunch from our backpacks before taking in some more photography. The scran must have had an effect on me, as my next batch of photo's were one big improvement on the last. Switching my drive mode to A1 SERVO, this allowed me to track the flight of the bird as it went, giving me sharp and accurate focus, which is a must in these conditions. I was also using a very fast shutter, beginning with 1/2000th, before cranking the dial to its max - 1/8000th of a second. Bingo!!! 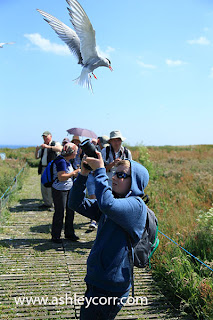 I was now very much off and running. Those Puffins in flight weren't so easy to capture after all. They say that practise makes perfect, well, my shots were in no way perfect, but I was certainly heading in the right direction. I got some great 'In flight' shots, most of which are on my new 'Farne Islands 2' page at ashleycorr.com. Here are one or two of my favourite Puffins. I got there in the end - just needed that extra bit of patience and perseverance to get over the finishing line. And young Chris brought home a very impressive collection of shots too. I photographed him as he was ambushed by a 'Head Banger' (Arctic Tern, near its nest). He bagged an excellent shot of the angry parent, at the same time as I took this picture of him. Chris's photo of the 'Attack' is below, and a fantastic shot it certainly is. And he wasn't the only one who got his head pecked on Inner Farne. Check out the old chappie below. He must have been a bit miffed when another Arctic Tern dive-bombed him, as me and another bloke relished the chance to capture it with our camera's, he he. Oh well, I was on the receiving end of an arse kicking myself, and even got shat on at one point, so it's swings and roundabouts. 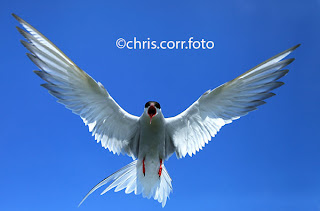 And on that note I shall make myself scarce once again, only to return with another helping of photographs and accompanying drivel, he he. Got some nice Black & White shots to share, plus my story of walking in famous footsteps, as I retrace one particular path that Joe Cornish had walked. Then there's the small matter of foreign travel. Just got back from a great holiday where I visited some great places such as Corsica, Sardinia, Rome, Sorrento and the Amalfi Coast, plus Menorca.
Stay tuned for that lot...coming soon... 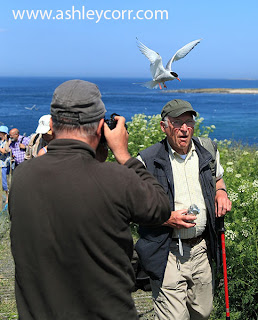 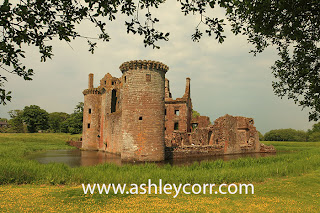 Hello again, and welcome back to the blog page of a roaming Mackem photographer. A few weeks ago I was in Dumfries on the south east of Scotland, photographing a rather picturesque 13th century castle at Caerlaverock. Surrounded by a moat, the ruins of Caerlaverock Castle are surprisingly in good nick, so all angles presented decent photo opportunities, which I was about to take advantage of. This was my third visit to this castle, following two previous appearances back in 2002 when I was using Fuji Velvia transparency film, which I still have archived somewhere in my house. From my base in Houghton le Spring, the castle is approximately 100 miles - a journey which takes just over 2 hours to complete.  Anyway, a brief insight to Caerlaverock Castle... 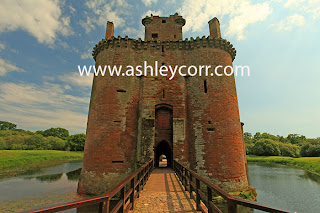 Caerlaverock Castle is a moated triangular castle first built in the 13th century. It is located on the southern coast of Scotland, 11 kilometres (6.8 mi) south of Dumfries, on the edge of the Caerlaverock National Nature Reserve. Caerlaverock was a stronghold of the Maxwell family from the 13th century until the 17th century when the castle was abandoned. It was besieged by the English during the Wars of Scottish Independence, and underwent several partial demolitions and reconstructions over the 14th and 15th centuries. In the 17th century, the Maxwell's were created Earls of Nithsdale, and built a new lodging within the walls, described as among "the most ambitious early classical domestic architecture in Scotland". In 1640 the castle was besieged for the last time and was subsequently abandoned. Although demolished and rebuilt several times, the castle retains the distinctive triangular plan first laid out in the 13th century. Caerlaverock Castle was built to control trade in early times. Today, the castle is in the care of Historic Scotland and is a popular tourist attraction. It is protected as a scheduled monument, and as a category A listed building.

Back soon with another blog entry - it's more of the Farne Islands!
Ash 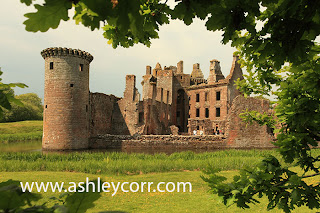 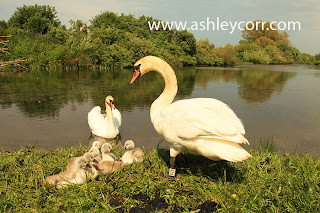 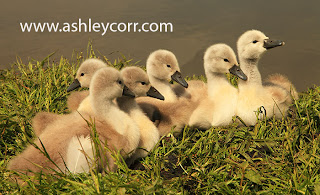