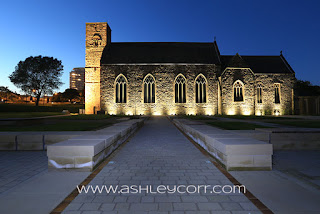 Earlier in 2015, the grounds of St. Peter's Church (674 AD) in Monkwearmouth, Sunderland were subject to a landscape revamp, a face lift that transformed the Southern section of the site. Following public consultation and discussions with the Durham Diocese, the project was given the green light and works started at the end of October 2014. The landscaping includes informal seating positioned within the Monastery footprint, new footpaths and resurfacing of existing footpaths, a new main gateway, new parking areas, new lighting, improved signage and links to the riverside, plus the planting of semi-mature trees and shrubs, and the creation of wildflower areas. Sunderland City Council has funded the £1million project which is due for completion in spring 2015. Plans are already underway for events and activities to take place to celebrate the site and its heritage next year. 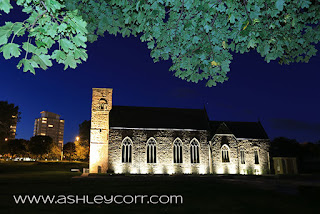 Upon arrival at the site the main gateway marked the introduction to the changes that had been put in place, with large masonry blocks flanking the wrought iron gates, etched with the name of the ancient church and the year in which it was built. Just inside the gates there was car parking bays to the left - a noticeable change from times gone by, and one which had me thinking the cars were better off outside the grounds rather than within. A quick walk down the path towards the church and then off to the right brought me to the area where most of the landscaping had taken place. A job very well done, it has to be said. Last but certainly not least, the lights. I had a brief chat with the vicar, who just happened to be walking his dog in the grounds. He informed me that the new lighting consisted of LED bulbs that are very economical to run and the costs equal a fraction of what the original costs were a few years ago before they were eventually switched off altogether. 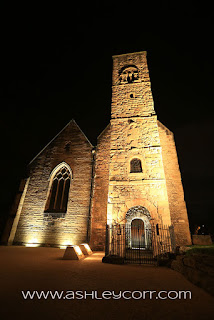