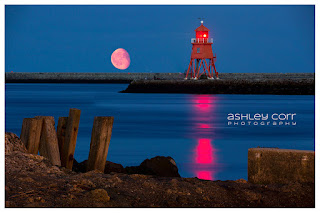 Making the effort to revive my blog page with a few short entries to get things underway in 2020.

Kicking off with this one - a moonrise attempt from Fiddler's Green, North Shields, across the River Tyne, towards South Shields. It was Saturday 20th July, 2019 and a full moon was about to rise on a clear sky summer evening, around 23.15. Conditions were on my side, so it was a case of wait and see. The Sigma 150-600mm lens made another appearance, doing what it does best, on nights like this. The clouds were approaching from the west, so I was hoping to get this one done and dusted before they drifted across before the moon had risen. Check out my prep screenshot, courtesy of that trusty old app known as The Photographers Ephemeris. Earlier in the day I consulted TPE app to give me a clue as to where I should be standing as the moon rose. Yeah, I was hoping to catch it rise behind the little red lighthouse, on the south side, near Little Haven. I was in luck! Turned out to be a wise move and everything came together nicely. I'm getting a taste for these moonrises. Hopefully more to follow... 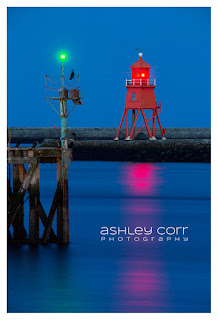 Star Trails - Something a bit different 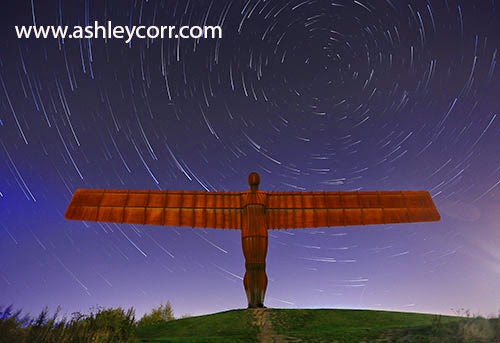 Hello again!
Following on from my fairly recent Milky Way shots is another insight to my new found interest in Astro Photography. I've captured some recent star trail shots that I'd like to share here on my blog page, including one in particular that couldn't have been captured any closer to home! Contrary to popular belief, it's not always essential to escape the bright light pollution of a built up urban area to achieve half decent results. Of course, a dark clear sky is essential for the most effective star trail shots, but if the conditions are less than favourable, you can still have a dabble to discover what the camera throws back at you. In this blog entry you'll find a set of recent shots (all from 2014) that were shot under a clear dark sky, with millions of stars on show. I've also thrown another shot into the mix that demonstrates what effect you can pull in when clouds unexpectedly appear and blow across the frame. I almost abandoned this particular effort, but decided to roll with it just to see how the resulting image panned out, and even though I couldn't see the stars at one point, because of the clouds, I ran off an extra 40 exposures just for the hell of it. 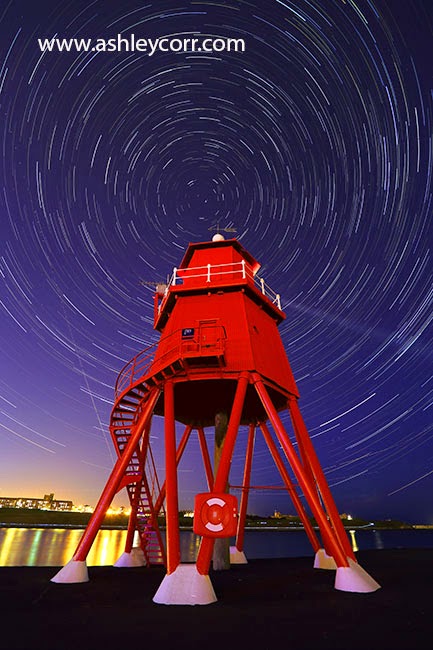 For anyone reading this, who has no concept of how star trails shots are achieved, the answer is a fairly straightforward one. As we look to the sky above and see the stars, they don't actually appear to be moving, even though they are. The North Star (Polaris) is constantly static, as is the South Star, and other stars rotate around it. So, if I take 50x 25 second exposures, continuously, then stack each shot on top of each other using photo software, each star will have moved slightly in each shot. The software basically tracks the movement of each star, resulting in a light trail effect, which is what you can see here. Obviously, the more shots you take, the bigger and better effect it will have on the end result. The shots shown here were captured over a period of around 60 minutes, apart from the garden shot which was a result of 130 minutes of shooting time. This was the easiest of all my 5 star trails efforts to date, as I simply programmed the camera and went back into the house to watch footy for a couple of hours. After the match I went back out to collect the images. Job done! 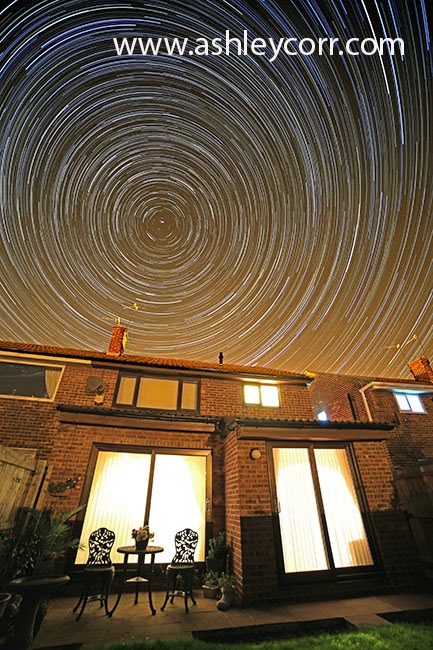 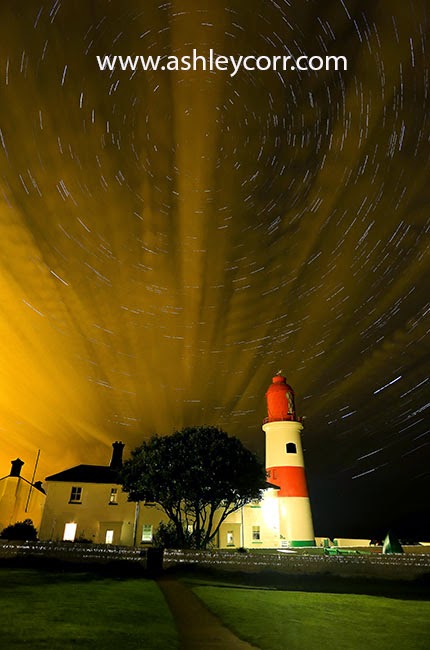 This type of photography requires at least two characteristics. Patience and perseverance. It's not too bad when you've got company and can have a bit of banter while the camera pulls in the shots. Time passes much quicker this way. When you're out on your own it's a different ball game however, even more so if you're in a very dark area late at night, away from home, and paranoia kicks in when you hear the trees rustling behind you, or an owl screeches over your shoulder and you almost shit yourself! And the one where you see a figure walking towards you in the distance and you wonder whether he's up to no good. You laugh about it afterwards, but it's not so funny at the time. Maybe I just nee to grow a bigger pair of balls, he he. Eeee eh, the things ya dee for a decent photograph!

And on that note I shall depart once again, hopefully returning with more photographs from God's Country. I wonder where I'll end up next time. Probably the coast. I feel another Seascape shot coming on. Hope it's not a false dawn. Ah well, we shall see... 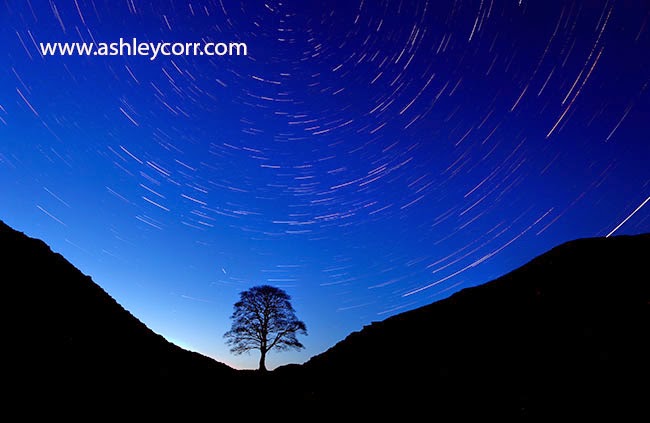