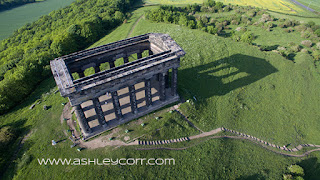 It's not often I get to introduce a totally different perspective to my photography, until now. This comes in the shape of my new toy - a DJI Phantom 3 Advanced Quadcopter, with an on board camera, which is capable of capturing 12 megapixel stills and amazing HD video footage. I looked at these toys last year, after seeing some amazing aerial photographs, but after quite a lot of research I canned the idea in favour of a new camera purchase. Fast forward another year and I found myself looking at drones once again, this time with more than a vested interest. It was time to take the plunge. I had to get my hands on one of these, not so much for the photography side of it, for video, surprisingly enough. Idea's were coming thick and fast, even before I parted with my money, so it was nice when I arrived home with a P3A and an excitement at what was around the corner, so to speak. 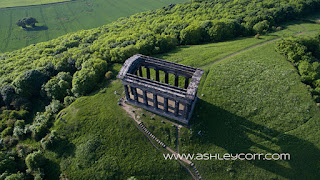 My first test flight was near Penshaw Monument, Sunderland. It was nerve racking, I have to confess. I'd read stories of fly aways and malfunctions, etc, so that thought was always going to creep in now and again, but all went well during my maiden 20 minute flight. I played safe and kept the aircraft within sight at all times, monitoring its position on my mobile phone, which was attached to the remote controller. Live video streaming is a brilliant thing and the DJI GO app was very simple and straightforward to use. I was well impressed with the stability of the aircraft, even at high altitude with a stiff breeze. Everything was in place and the tools were there at my disposal - all that remained was the job of pulling in some nice video and photographs. I got to grips with the intelligent flight mode, which allowed me to program the aircraft to fly in around an object in a perfect circle - auto pilot at its best. The first flight flew over (pun intentional) and it wasn't long before I brought the drone back to its home position, allowing it to hover at around 5 feet from the ground, before catching it with one hand and shutting down the props. Job done. Phew, it was back in one piece! 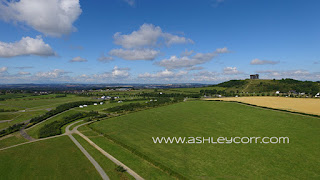 Here is a few shots of my maiden flight - the first of many ...